Multi-awarded actress and now Governor of Batangas, Vilma Santos is one of the greatest actresses in Philippine cinema. She can be considered the local counterpart of Hollywood actress Meryl Streep for having the most number of acting awards from all the prestigious award-giving bodies. The “Star for All Seasons” is known for her versatility and intense dramatic acting, which made her a constant box-office draw.

Vilma started acting in 1963, when she was nine years old. She appeared in several movies including Trudis Liit, which gave her a FAMAS Best Child Actress trophy. She also became popular when she was paired in loveteam with actor Edgar Mortiz during her teens.

But it was her legendary rivalry with actress Nora Aunor that catapulted Vilma Santos in the upper echelons of showbiz. Legions of movie fans were split into two groups; either they are a Vilmanian or a Noranian. Vilma’s mestiza features and hysterical style of acting is a direct contrast to Nora’s morena complexion and understated acting style.

Vilma was also known for taking on movie roles which can be considered daring and controversial during her time, most notably Burlesk Queen, where she played a burlesque dancer. Vilma is also known for being the only actress who was able to play two of the most popular Pinoy female comic characters, Darna and Dyesebel. Today, it is considered de rigueur for an aspiring box-office queen to be able to play even just one of these roles.

Vilma’s victory in Trudis Liit would start the mind-boggling list of victories and nominations for the actress. From the start of her career up to 2005, she would win an award or get nominated, almost on a yearly basis. Vilma achieved four grand slam victories for the films Relasyon (1982), Dolzura Cortez Story (1993), Bata, Bata…Paano Ka Ginawa? (1998) and Dekada ’70 (2002). This is rare feat probably unmatched by any other actor in Philippine cinema, and this earned Vilma numerous lifetime achievement awards for acting.

In 1998, Vilma ran for and won the mayoralty seat in Lipa City, Batangas. This made her the first woman mayor of the city. She helped improve the economy of Lipa through her various public welfare programs. Vilma served three terms as mayor before she decided to run as Governor of Batangas in 2007. She won against the incumbent mayor and became the first female governor of the province.

Vilma was previously married to actor Edu Manzano. Their son, Luis, is now a popular celebrity. Her second husband is Senator Ralph Rector, the father of her son Ryan Christian.

Italian-Filipina stunner Alessandra de Rossi was born Alessandra Schiavone De Rossi on July 19, 1984 in the UK. She burst into the showbiz scene as the younger sister of bombshell Assunta De Rossi. Even as a newcomer, Alessandra’s acting talent was very much evident. She was only 16 years old when she bagged a Best… 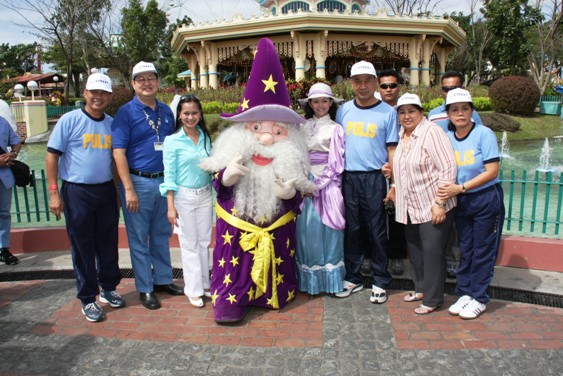