Sometimes referred to as people with the “Royal Disease”, patients with hemophilia have low or almost non-existent levels of blood-clotting proteins in their bodies. Whenever hemophilia patients suffer cuts and bruises (e.g. when engaged in contact sports), it takes a long time for the blood to clot. Consequently, it can lead to heavy blood loss, even when the patient has suffered only a minor cut. When people suffer incisions, coagulation (blood clotting) is the body’s natural way of preventing too much blood loss.

In addition, because patients with hemophilia have insignificant levels of blood-clotting proteins in their bodies, blood coagulation normally takes a long time. It therefore exposes the patient to the possibility of suffering from heavy blood loss, severe complications and other side effects.
Severe complications from heavy blood loss include patients going into shock, and eventual death or permanent damages in the major organs. Altered (confused) state of consciousness is also highly probable.

There are two types of hemophilia. They are referred to as Hemophilia A and Hemophilia B. Patients
with Hemophilia A are diagnosed to have a deficiency in Type 8 blood-clotting proteins, while patients with Hemophilia B are perceived to have a deficiency in Type 9 blood-clotting proteins. Both conditions require different treatments, and 9 out of 10 hemophilia patients suffer from type A kind.
Hemophilia has been found to be mostly inherited by the patients from their parents. To determine whether a patient suffers from hemophilia, blood tests are conducted to check the effectiveness of the individual’s ability to coagulate blood. Due to the genetic disposition (i.e. chromosomes), most hemophiliacs are male. Hemophilia among women is very rare.

At this point, there is no known cure for hemophilia. The only treatment available involves a two-pronged approach:

4 MUST-KNOW TIPS FOR CARETAKERS OF HEMOPHILIACS

Hemophiliacs should never take any medication that will thin their blood. Aspirin is therefore, very much not advisable.

This article is a product of research and intended to raise awareness of hemophilia. It must not be misinterpreted as professional medical opinion. Should symptoms similar to hemophilia is detected, please get a doctors opinion.

Note: Yeo Teck Wei is a freelance writer based in Singapore.

With so many people suddenly becoming interested every time big bouts are in the offing, here is a guide on the various boxing weight classes / divisions as defined by the different boxing associations.The table below applies only to male professional boxers. The amateur bodies define their own weight divisions and the female professional boxing… 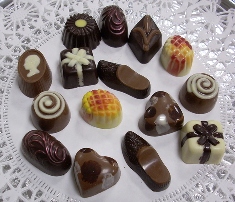 We all know that there's tar in the cigarettes that we smoke. We also know that tar is the substance that causes cancer. What we do not know is how much tar a cigarette really contains. The video that follows show how much tar goes into smokers lungs. If a person smokes a stick per…