Actress, singer and TV host Toni Gonzaga was born Celestine Cruz Gonzaga on January 20, 1984. This native of Taytay, Rizal began to sing when she was four years old, and participated in numerous signing contests. She studied at the Dominican College in San Juan for two years, and later took an AB English program from the Asian Institute for Distance Education.

Toni started her showbiz career as a talent of GMA-7. She got small roles and eventually went freelance after more than three years. The teenaged Toni went the rounds of auditions, VTR screenings and competitions while she was in high school. When she turned 17, she moonlighted as a lounge singer in bars and hotels at night, after attending school during the day.

Her big break came when she was chosen for a Sprite commercial, where she portrayed a school girl fan of Piolo Pascual. After the Sprite gig, Toni got offers to guest in TV shows, and she became one of the hosts of the noontime show Eat Bulaga! She also got a regular stint on the sitcom Daddy Di Do Du, which stars Vic Sotto. Toni also hosted Studio 23’s Wazzup Wazzup.

In 2004, Toni made the crucial decision of transferring to rival network ABS-CBN, where she became co-host of Most Requested Show along with Amy Perez and Roderick Paulate. The network also gave her another big project – to become the lead host of the hit reality reality TV show Pinoy Big Brother.

Toni decided to break into the music business as well. In 2001, she released a self-titled album under Prime Music, which featured the remake of the Gary Valenciano classic “Paano.” The album didn’t do so well, but Toni didn’t give up; she released another album, You Complete Me, after two years. The album, which is under Star Records, featured the single “We Belong,” which proved to be a big hit. In 2007, Toni released her third album, Falling in Love, with the single “Catch Me, I’m Fallin.” The song dominated the charts for weeks.

The actress has already made six movies, most of them hits in the box office. She starred with Pinoy Big Brother alumnus Sam Milby in three films: You Are the One (2006), You Got Me (2007) and My Big Love (2008). 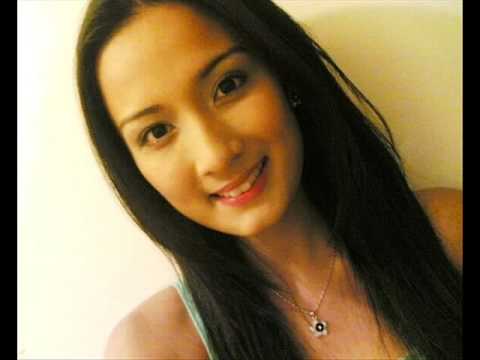