These Low Numbered (Protocol) Plates In The Philippines 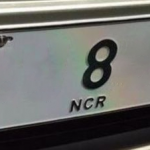 Over the radio, I listened to Land Transportation Office (LTO) top honcho Alberto Suansing’s explanation that protocol plates are issued in order to recognize important government functionaries. According to him, the plates are so sacred and to cite an example, the president’s plate (“1”) should only be installed in the vehicle with him/her on board. In the event that the vehicle malfunctions and chief executive transfers to another vehicle, the plate number “1” in the stalled vehicle should be covered.

For everyone’s information, the LTO issues low numbered plates, some of which are as follows:

During the interview, Usec Suansing never admitted that the law gives people with low numbered plates any right of way against any other vehicle or pedestrian on any road, nor did he admit that it comes with the right to drive against the flow of traffic (counter flow).

According to Suansing (and we believe him) a good number of complaints are received by his office regarding the abusive manner by which the congressional plates are being used. The riding public has long been lamenting about arrogant drivers in vehicles with low numbered plates, most especially those with the number 8. To make matters worse, there is no way of knowing who are these obnoxious individuals since the plates do not identify the congressmen, like it used to. There are also probably hundreds of former house representatives that still have at least four sets of number 8 plates/each. The LTO chief also mentioned that fake congressional plates also proliferate.

Our take regarding this problem is that government officials are being both fairly and unfairly blamed. While it is true that fake and expired congressional plates proliferate, official looking convoys are also riding shotgun almost everywhere, much to the disappointment of the riding public.

Probably envious of the perceived benefits of vehicles in special plates, vehicles bearing signs such as “Governor”,“Mayor” and “Councilor” are now being observed. Believe it or not, there are even plates that say “League of Mayors” or “Association of Barangay Captains” now roaming the streets. With such a trend, it will not be long before “Barangay Tanod” or “Barangay Police” will also be observed.

As of 2007, more than 1,600 protocol plates have been issued to government officials. Why is it that many? The answer lies in the law itself. According to EO 400

In our humble opinion, that provision itself needs to be amended. If the spirit of the law dictates that the purpose is to identify those on board the vehicles, only one pair of plates should be issued to every government official covered by EO 400. The government officials that are eligible to receive the said plates may be allowed to register more than one vehicle but should be issued only ONE PLATE, transferable to any of their vehicles registered.

Members of the legislature, should not be issued plates. The session of both houses have fixed schedules and committee hearings may be scheduled appropriately so that legislatures may arrive on time. The exception may be granted to the House Speaker and the Senate President since both rank high in the list of persons that may be elevated to the top position in the event that the presidential seat is vacated.
Motorcycle escorts and mobile security details should have their own special uniforms in order for the public to identify them as such and not confuse them with traffic enforcers or some arrogant moneyed individuals.

In our humble opinion, the revocation of all existing protocol plates and the issuance of new and limited edition plates together with the distinguishing uniforms of escorts will make it difficult for pretenders and copycats to flourish. It will also reduce the number of arrogant drivers in our roads and for sure, the misplaced anger directed towards the legislators will also be minimized.

Another solution is probably to totally ban the use of protocol plates, as previously called by former Vice President Teofisto Guingona and Senator Aquilino Pimentel. Combined with our call for a uniform of official convoys, a big source of public irritation will be taken out. 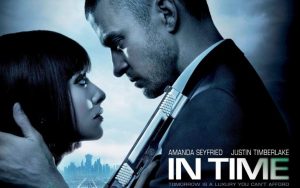 How to Job-Hunt in the Office Without Getting Compromised 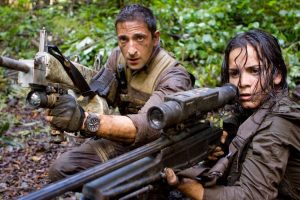