Actress and former beauty queen Ruffa Guiterrez is one of the most glamorous celebrities in the country. Born Sharmaine Ruffa Guiterrez on June 24, 1974, she is the daughter of veteran actor and 1960s matinee idol Eddie Gutierrez and former actress and now talent manager Anabelle Rama. Ruffa is the older sister of twins Richard and Raymond Guiterrez, who are also big-name movie stars.

She got her first exclusive contract in 1986 through Regal Films, which launched her to stardom. Having spent most of her childhood in the States, the teenaged Ruffa sported a characteristic twang and a cono attitude; this helped boost her classy, saucy, valley girl image to the public.

After numerous movies in which she starred with several big-name actors. Ruffa joined the Binibining Pilipinas pageant in 1993, where she won the title Binibining Pilipinas-World. She went on to join the Miss World pageant in Africa the same year, where she bagged the Miss World Second Princess title. The victory brought more acting projects and product endorsements for Ruffa.

Her career was marred by her involvement in the 20th Metro Manila Film Festival scandal, where she got the Best Actress Award. It was discovered later on that Aiko Melendez was supposed to win the trophy, and that there was a conspiracy to give the top acting awards to her and actor Gabby Concepcion.

After staying out of the public eye for a short while, Ruffa again grabbed headlines when she became engaged to Turkish businessman Yilmaz Bektas. The press feasted on the lavish wedding at The Fort, as well as the opulent lifestyle of the couple in Istanbul, where Ruffa relocated. They had two daughters, Lorin and Venice. The fairy-tale marriage did not last long however. In May 2007, the couple announced their mutual decision to end their union. Ruffa grabbed headlines again when she disclosed to the public that her husband was physically torturing and abusing her in Turkey. Yilmaz claimed that he had slapped Ruffa only once, but denied the other allegations.

Ruffa came back to the Philippines for good, and got her career back on track. Since her split from Yilmaz, she has hosted several shows, including The Philippines’ Next Top Model, Cycle 1. She is currently one of the co-hosts in The Buzz, along with Kris Aquino and Boy Abunda. 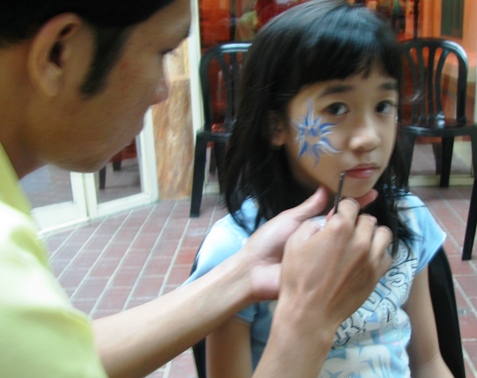