For this year’s upcoming boxing match of the century (De La Hoya vs Pacquiao), let us get to know the protagonists in order to come up a good pre fight analysis and accurately determine the chances of both fighters. Here is Oscar De La Hoya.

Oscar de la Hoya is a pugilist whose killer's instincts are embedded past his bone and anchored deeply into his spirit. Having a grandfather and father as boxers, Oscar was mentally conditioned to fight since the day of his birth. Having eaten and breathed boxing until he became a man, it is no wonder that he and his brother both pursued pugilism until they attained perfection.

Yes, that's the kind of fighter Oscar de la Hoya is. During the 1992 Barcelona Olympics, he saved the United States from being locked out of the boxing medals count by winning the only US boxing gold. That he did spectacularly- via knockout!

As an amateur, he won five gold medals in the most prestigious competitions. Overall, he won 223 amateur bouts (163 via Knockouts) and lost only five. As a professional, he won 10 world titles in 6 different boxing weight classes /categories, proclaimed fighter of the year (1995) and Ring Magazine's Pound for pound fighter (1997), defeated 19 current or former world champions towards the attainment of a record 39 wins and 5 losses (30 KO's).

His professional career started, on November 23, 1992, as a super featherweight, where he won the WBO championship on his 12th bout. He added a few pounds and won the WBO lightweight crown (Pacquiao's current belt) on July 29, 1994. He unified the title in spectacular fashion and moved on to 140 pounds in 1996 where he continued being impressively lethal.

He moved to the 147 lbs division (the weight class where he will fight with Pacquiao) where he seized the title from Pernell Whitaker and defended it for seven times before losing it in a controversial decision on September 18, 1999. He was defeated in his attempt to regain the title (against another opponent) almost a year later but he moved to the Junior Middleweight class two years later and won spectacularly against Fernando Vargas ( via TKO).

UPDATE: Pacquiao Vs De la Hoya Fight Updates (Summary, round by round analysis, videos, etc.) Promoter Bob Arum says it all started as a fantasy. Nobody thought that the idea would ever be taken seriously. Now, it had become the match that it is, a glaring $100 million dollar deal that is greater than any… 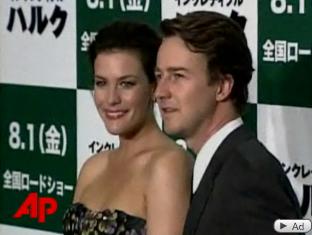 LATEST UPDATE: Pacquiao vs. Diaz video and round by round analysis People know what Manny Pacquiao have accomplished. They still remember the humiliation Pacquiao inflicted upon Barrera during his first meeting and a lot more saw the lopsided 2nd match that had the latter refusing to engage. And then there were others, the most notable…

Note: Post fight taped analysis at the bottom of this post. If Manny was very dominant during Pacquiao vs. Diaz, the Pacquiao De la Hoya match proved to be several notches easier. Manny “Pacman” Pacquiao landed almost one of every two power punches thrown and he threw a lot! Oscar “the Golden Boy” De la…