Mount Makiling in Laguna is one of the most popular hiking destinations in the Philippines. This inactive volcano stands 3576 feet and takes around four to five hours to reach Peak 2, the summit. The mountain is placed under the care of the University of the Philippines, Los Banos.

The legend behind Mount Makiling is well-known. The mountain is said to be named after Maria Makiling, the most widely-known diwata (fairy) in Filipino mythology. She is known as the guardian of the mountain, and the legend claims that the whole contour of Mount Makiling is in fact that of the diwata in a reclining position.

UPLB has preserved the pristine condition of the mountain’s forests. The wonderful array of flora and fauna are well taken care of, considering the number of visitors that Makiling has every year. The mountain is easy to climb and there are trails that do not require you to have guides.

There are several sites that you should visit as you go up the mountain. First stop is the Mudsprings, considered as the crater of Mount Makiling. Pools of boiling mud produce a strong sulfuric smell in the vicinity. You must also go to the Flatrocks, a river dotted with slabs of smooth, flat rocks.

The UPLB trail is the easiest way to climb the mountain and can be used all year long. If you want a more challenging climb, you can take the Sto. Tomas trail, which is on the south face of Makiling. It will take you around seven hours to reach the summit. You will enter cogon fields, dense forests and several landscapes until you reach the Peak 3, which connects to Peak 2. This trail is considerably dangerous compared to the UPLB trail and therefore not recommended for novice climbers.

Other places of interest in the area include the Jamboree Site, a campsite managed by the Boy Scouts of the Philippines and the National Arts Center, which is adjacent to UPLB. 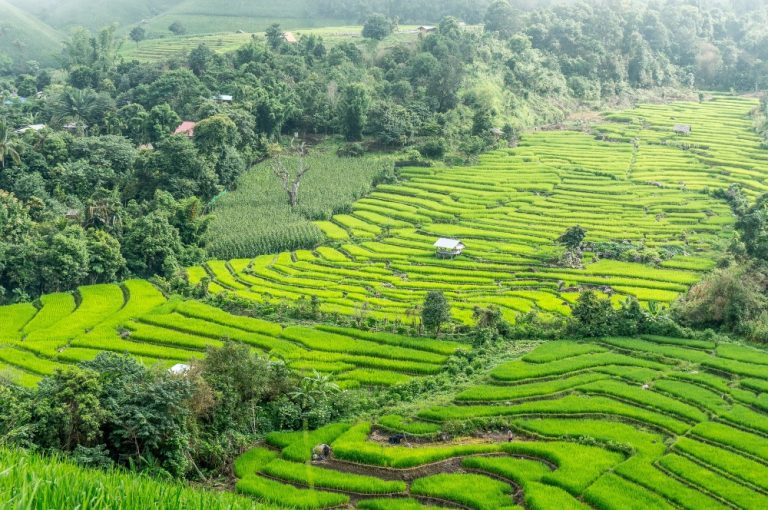 This 2000-year old rice fields carved in the Cordillera Mountains are indeed a sight to behold. Hailed by the Filipinos as the “Eighth Wonder of the World,” the Banaue Rice Terraces is the product of hard work of generations of Ifugao tribes, using only minimal equipment in planting rice and vegetables on slopes of land….

Are you still thinking how and where to celebrate Mothers Day? We all know that restaurants, malls and even hotel F & B outlets are filled to the brim during the occasion and there's not much opportunity to bond with our Mothers because there are just so many people around. Sadly too, the celebration of…