Call Center Agent, Are You there? Hello, Hello?

Silence Is Not An Option
(when talking to Americans)

My dog was killed yesterday in a car accident.

I heard on the news this morning that the United States will be pulling all of its troops out of Iraq by June 2009.

Did you meet my comments with silence? Now let me try that again:

I'm going to send everyone who reads this blog two crisp $100 dollar bills.

Did you at least mumble “great”? Then, you've just given me a Quick Reply.

A Quick Reply is the name given by Gerard Counihan to backchanneling, or, as I write on my whiteboard, SILENCE IS NOT AN OPTION (when talking to Americans).

This blog entry will cover the American need for verbal and semi-verbal response during conversations, especially on the telephone, and the reason many of our call center trainees have difficulty incorporating them.

In 2004, I was hired by a large HR firm in the Philippines to provide English training for newly-hired customer service and technical service representatives (CSRs and TSRs) and Business Process Outsourcing (BPO) staff who render services to North American clients. Our 64-hour, 8-day course consisted of modules on Polishing English, American Culture, Accent Reduction, and Email writing.

English in the Philippines closely resembles American English due to the 1,000 teachers who arrived in 1901-1902 that taught English when the islands “belonged to” the United States (Dolan, 1993). Our trainees came to us with what would be an advanced or superior level of English in other non-English speaking countries. Filipino-English allows them to communicate with each other there are many local dialects–and with foreigners in a common language.

However, in class, beside lexical and idiomatic differences, I noticed a complete lack of backchanneling; no one gave verbal responses yes, oh really, I see nor semi-verbal responses uh-huh, mmm-mmm when doing fluency activities and games in pairs or small groups or during customer service role plays. They listened attentively, politely waiting until it was their turn to speak. Filipinos, when speaking in Tagalog, use backchanneling in much the same way that we do in North America. For example, the word talaga is used exactly as Americans use really? or really!, although less frequently. On the phone, some Filipinos use o exactly as Americans use uh-huh. However, when they made the shift from Filipino English to North American English, they did not provide these verbal and semi-verbal responses.

Backchanneling, AKA active listening, is a skill that I, therefore, introduced early in the program and reinforced in almost every oral activity thereafter. Learning this skill entailed attaining a level of cultural fluency that would allow them to put their customers at ease.

When humans learn to speak, we learn to backchannel by mimicking the way adults around us respond to our talk. However, in the classroom or call center training room, students may be focused on content while listening and on vocabulary, grammar structure and resolving the issue in their response. Because there are no formal rules for backchanneling, those who learn a language learn these verbal cues when they become culturally fluent as well as linguistically fluent. Many cultures use backchanneling, but their customs vary and what might be seen as encouraging conversation in one culture could be seen as disrespectful in another.

For starters, often our trainees had a difficult time adjusting to the lower levels of formality in interacting with North Americans. When we tried to model the informal classroom or workplace commonly found in North America, our students still expressed uncertainty over the relationship between the teacher (or “boss”) and the students. In Manila, many still referred to the trainers as “ma'am”, long after they had been requested to use first names. This reflected a culture that has a long history of respect for hierarchy in the family, schools, and business. This deeply-rooted respect left the students unsure about when it was proper and expected to interject verbal cues when dealing with a North American customer. However, what they struggled to understand is that by not backchanneling, they could increase their listeners' level of discomfort.

Silence is not a meaningful part of the life of most members of the dominant culture in the US (Samovar, Porter, & McDaniel, 2007). The American “inclination for talk” leaves customers feeling unsure because their need for ratification is not met. In fact, the continuation of the communication may be at risk.

Scollon (1985) applies an interesting metaphor to human communication in Western industrialized societies: smooth talk is the natural state of a smoothly running machine, and silences indicate malfunction, trouble or failure. Westerners may have negative perceptions about speakers from a culture that traditionally communicates with frequent or long periods of “non-talk”, and attribute negative stereotypes to both the speakers and to their native culture.

In addition to the elements of cultural expectations on the part of the American customer, teacher or supervisor, non-native speakers may have other cultural barriers that inhibit them from engaging in verbal feedback. For example, it was not uncommon for agents to show unwillingness to give a negative answer to a customer. Therefore, when the answer is no, silence may be the speakers' preferred option.

Brown and Levinson (1978) state that using silence is an extreme manifestation of indirectness. However, other cultures believe that silence expresses verbal politeness, especially in order for the speaker to save face for him or herself or the teacher. If the customer indicates that the silence is unnerving by calling attention to it with a question such as Are you still on the line?/Hellooo?, the agent may perceive THAT as being impolite or as a source of interactive trouble.

As part of the modules on American culture, we discussed at great length the openness that North Americans have to a negative response as long as an alternative or reason is offered. However, even those trainees who were able to backchannel with some degree of consistency had difficulty maintaining verbal feedback when a negative answer had to be given. The least harmful result is that the customer will feel negatively toward the agent (and by extension, the company) when there is no response to a comment or query. What could be potentially more problematic is when the customer interprets the silence to be an affirmative rather than a negative response.

I would like to give you an example of how powerful it is when an agent uses backchanneling properly:

One night, while BPO trainees were doing role plays in one of my first batches of trainees, I had my back to the class while pulling out material for the next activity. My ear focused on the closest pair and I had a type of “out of body” experience for a brief moment, I literally thought I was in the United States, eavesdropping on a call. I immediately wheeled around to see which trainee was playing the agent's role, only to discover that it was the trainee with the heaviest local accent. I was very pleased to note that by using backchanneling, her accent was not even an issue–she sounded more “American” (and more attentive) than the trainees who spoke more fluently, more accurately and with a reduced accent.

As an American consumer, I know that when I'm explaining my customer service problem, I expect the listener to respond so that I am sure I'm being heard and understood and even being encouraged to elaborate. When I don't hear that and am met with silence also known as Dead Air I get anxious. I wonder, “Is the agent there? Does he or she understand me? What's going on?” As I get panicky, I ask the agent, “Are you still on the line? Are you still there?” This silence on the part of the agent may give the speaker the impression that the customer service rep is uncooperative, uninterested, dishonest or unintelligent. There is no question that cross-cultural differences in feedback cues can lead to the wrong pragmatic interpretation of the speaker's intentions because of intercultural interference (Lehtonen & Sajavaara, 1985).

I know when I experience this, I can feel my confidence in the customer service representative ebbing. If I am already frustrated by a difficult problem, if I am in a rush, or if I harbor ill-will because I believe that offshore agents have “taken” jobs from my home country, the hesitation or silence may even cause my frustration level to move up a notch. If this happens, I may become a red-hot caller (irate caller), something that agents and companies want to avoid at all costs and must do their best to neutralize quickly and effectively.

Other factors in a call can build rapport between an agent and caller: use of the polite but friendly modals, a warm non-monotonous voice, empathizing through acknowledging the impact the issue has on the caller. However, hearing the agent respond to every sentence, perhaps even every clause, tells me I'm with you, Ms. Jones, and I understand your concern. This American volubility extends even to comments unrelated to the call itself. I need a response when I say, Oh, I've spilled my coffee! or There's someone at the door.

Anecdotal evidence shows that a customer comment in the most serious vein passes without a response when not trained: One language trainer noted that when an American customer said that her mother had died two days before, the agent reverted to the script found on her monitor. One can only imagine what the customer thought of the CSR's lack of response.

It is worth noting that in business, if the customer is ranting and raving, letting the customer get it all out without interruptions of any kind is often recommended. As trainers, we have to keep in mind that non-native speakers are working hard to listen closely, speak accurately with warmth, follow the client's SOP, document notes, read a monitor and resolve the customer's concern all simultaneously. Remembering to backchannel is simply another task to add.

If you are a non-American agent, take a recorded interview from an American radio or TV interview (or a scene from a film of two people talking) and tally the number of times a Quick Reply is given. I think you will be quite amazed at how many times the American listeners respond.

What adjectives do you associate with the noun “silence” in your first language? Write them down on a piece of paper. What adjectives do you think North Americans associate with the noun “silence”? Frequent combinations are: uneasy, strange, awkward or leaden. It is worth noting that Americans rarely, if ever, speak of an exuberant or happy silence.

We must understand that using backchanneling is both a reflection of the adaptation to the cultural expectations of the native speaker listener and customer as well as a fluency skill. It builds rapport. While it does not make or break a call or conversation, it does increase the listener's comfort and confidence. As I tell my trainees as we practice Quick Replies in the classroom, remember, nodding cannot be heard over the phone.

Peltzman, R. & Fishburn, J. (2006). Silence is not an option. Presented at Talking Across
the World: English Communication Skills for the ITES Industry, Makati, Philippines,
February 25, 2006. 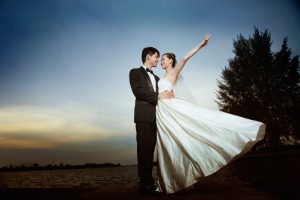 Saving Your Marriage for the Right Reasons 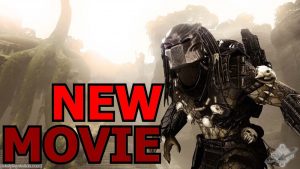 Get a Second Job 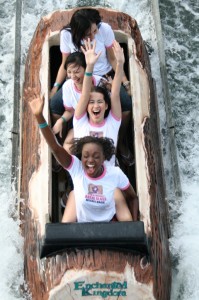 Marriage Retreat: What’s in Store for Couples in Therapy? 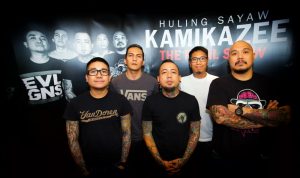